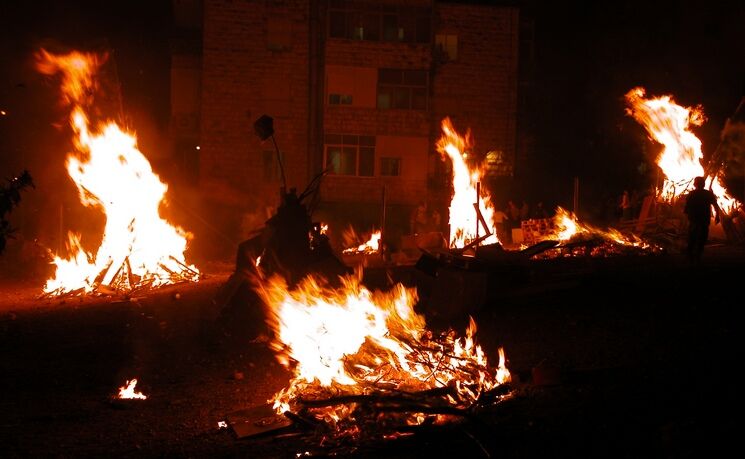 A heavy presence by police and first responders was reported, with a memorial ceremony honoring the 45 victims of last year’s tragedy.

Thousands of people traveled on Wednesday night to Meron in northern Israel to celebrate Lag B’Omer a year after tragedy struck the festivities.

A heavy police presence was reported on-site, where a memorial ceremony took place in memory of the 45 victims of last year’s overcrowding, stampede and ensuing crush of people. The names of those who died last year were read, and the Rebbe of the Boyan Chassidic dynasty lit a candle in honor of each person lost before lighting the large bonfire.

Attendance to the event was limited to 16,000 people and held on the 33rd day of the Omer count at the grave of Rabbi Shimon bar Yochai.

Lag B’Omer marks the passing of bar Yochai, the author of the Zohar, and the end of the plague suffered by students of Rabbi Akiva.

United Hatzalah, Magen Dovid Adom and other first-responder units were at Meron as an extra precaution in order to provide medical treatment for anyone needing assistance.