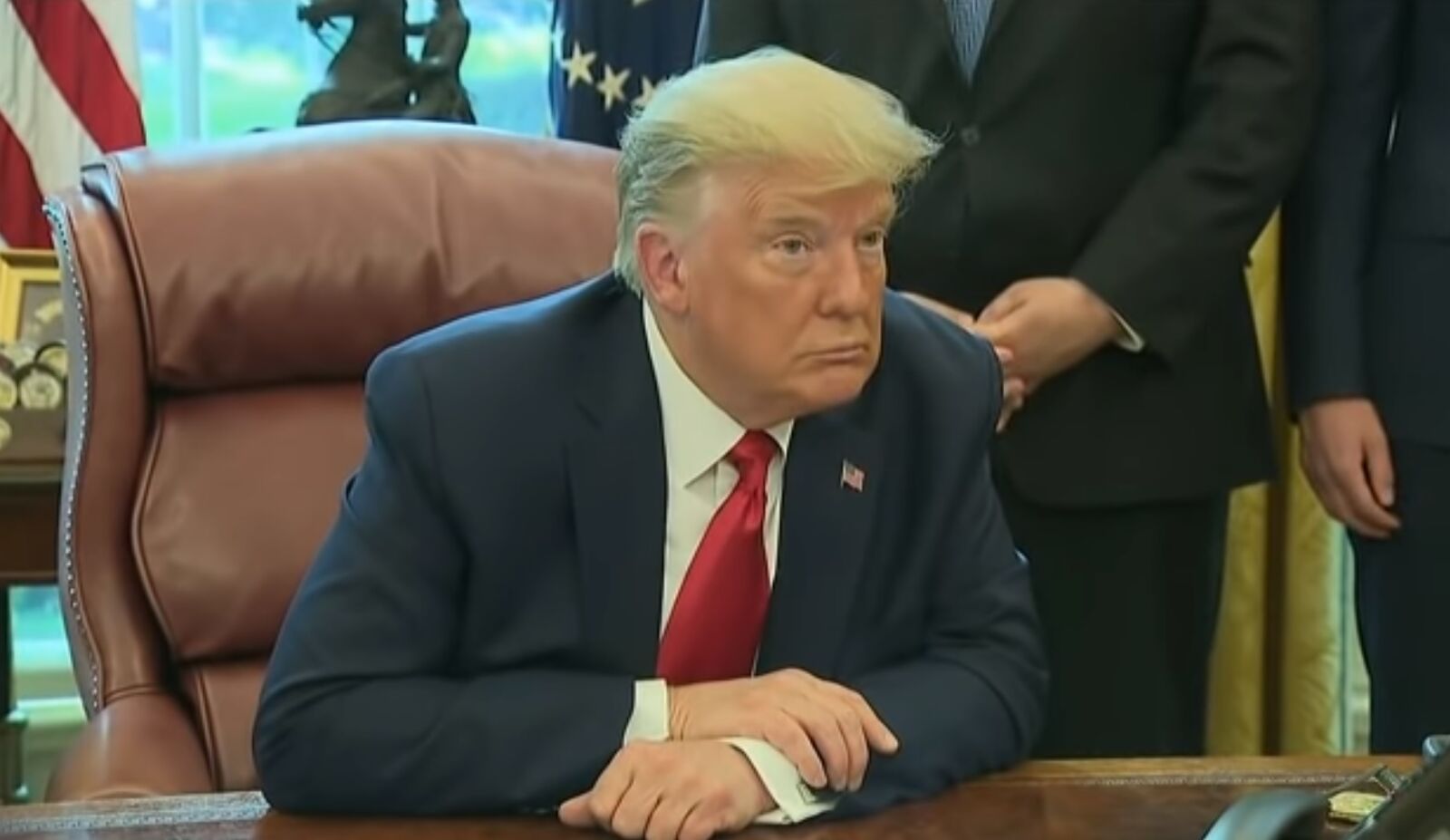 The president was wrong to take a swipe at Biden during the Sudan normalization ceremony. But worries about the Democrats’ likely policy switches are justified.

It was one of those moments that summed up so much of both the good and the bad of the Donald Trump presidency. During a White House photo op/international conference call celebrating Sudan’s agreement to normalize relations with Israel, the president asked Prime Minister Benjamin Netanyahu a highly inappropriate question.

While on speakerphone with Netanyahu, Trump decided to get in a swipe at former Vice President Joe Biden, his opponent in next week’s presidential election.

Netanyahu, who can read poll numbers as well as anyone, knows that barring a last-minute comeback, the odds are that he will be dealing with a newly elected President Joe Biden come January. Thus, despite the fact that many of his critics consider him a partisan Republican sympathizer, Netanyahu responded with a diplomatic answer that seemed to wipe the smile off of Trump’s face.

“Well, Mr. President, one thing I can tell you is we appreciate the help for peace from anyone in America. And we appreciate what you’ve done enormously.”

Putting Netanyahu on the spot in that way was as absurd as it was wrong.

The relationship between Israel and the United States is about an alliance between two democracies, not two politicians. That’s true even if Trump has arguably been the most pro-Israel president to ever sit in the White House. Nor does the memory that Biden’s former boss, former President Barack Obama, sought to create more “daylight” between the two countries and went all out to appease Iran diminish the truth of that statement.

The affinity between Israel and a lockstep pro-Israel GOP, coupled with growing divisions with the Democrats over support for the Jewish state, has nearly demolished the notion of bipartisan support for Israel. But Netanyahu knows better than to say anything that would constitute an endorsement in the U.S. presidential race, even if he—and, if the polls are correct, most Israelis—are hoping that Trump wins.

The question was just one more example of Trump’s consistently unpresidential behavior. His supporters delight in the way that he breaks rules and drives the educated and governing classes crazy. Still, openly seeking to involve a foreign leader in domestic politics is the sort of trolling that could damage the alliance and further alienate a Democratic Party that is already split about Israel and Zionism.

As bad as it was to spoil a ceremony marking a great achievement with such partisan barbs, the question Trump asked is worth pondering. Will a Biden administration certain to be largely staffed with veterans of Obama’s foreign-policy team and other establishment figures be willing or capable of continuing the push for normalization between Israel, and the Arab and Islamic world?

Former Secretary of State John Kerry spoke for Democrats, as well as the entire foreign-policy establishment that is expecting to reoccupy Washington institutions if Trump is defeated when he said in December 2016 that: “There will be no advance and separate peace with the Arab world without the Palestinian process and Palestinian peace. Everybody needs to understand that. That is a hard reality.”

In the wake of normalization agreements between Israel and the United Arab Emirates, Bahrain and now Sudan, Republicans and pro-Israel activists have been recalling that astonishingly misguided pronouncement in order to troll Obama administration loyalists. But the point about what Kerry said isn’t that it was an inaccurate prediction. It’s that the former secretary and all those who agreed with him didn’t want Israel to negotiate a separate peace with the Arab and Islamic world. The only kind of agreement they thought worth negotiating was one that would supposedly end the conflict with the Palestinians. Anything else was considered a distraction from the issue that liberals long believed to be the key to instability in the Middle East.

The fact that Trump has helped facilitate these agreements, and that he has done so in spite of doing the very things that Obama, Kerry and Biden warned would set the region aflame—moving the U.S. embassy from Tel Aviv to Jerusalem, recognizing Israeli sovereignty over the Golan Heights, holding the Palestinian Authority accountable for its financial support of terrorism and withdrawing from the 2015 Iran nuclear deal—makes his achievement all the more galling for them.

Ironically, the coming together of Israel and the Sunni Arab states was made possible by Obama’s passion for a U.S. rapprochement with Iran. Feeling abandoned by the Americans, the Gulf states and others who felt threatened by Iran’s terrorism and quest for regional hegemony naturally looked to Israel as a potent ally to deter Tehran.

Decades of Palestinian rejectionism has never dissuaded liberals like Obama, Kerry and Biden from believing that Israeli-Palestinian peace is just around the corner if only they put the right amount of pressure on the Jewish state. Nevertheless, the Arab and Muslim world understands that the Palestinians are simply incapable of making peace for the foreseeable future and have drawn appropriate conclusions about the need for diplomatic and economic ties with Israel.

Biden may not seek to wreck the new deals with Israel that he wished hadn’t happened. But neither will he have much enthusiasm for pursuing more of these agreements that are still in the offing. Rather than pushing hard for normalization, as Trump has done, a Biden administration will almost certainly be shifting the focus back on making nice with Iran and pursuing the fool’s errand of trying to entice the Palestinians to make peace when they have no intention of ever doing so.

If more normalization agreements follow in a post-Trump era, it will be in spite of American diplomatic initiatives, not because of them. Trump’s reminder of this won’t win him any liberal Jewish votes and unnecessarily embarrassed an already beleaguered Netanyahu. But it is no less true in spite of the inappropriate nature of his conduct.