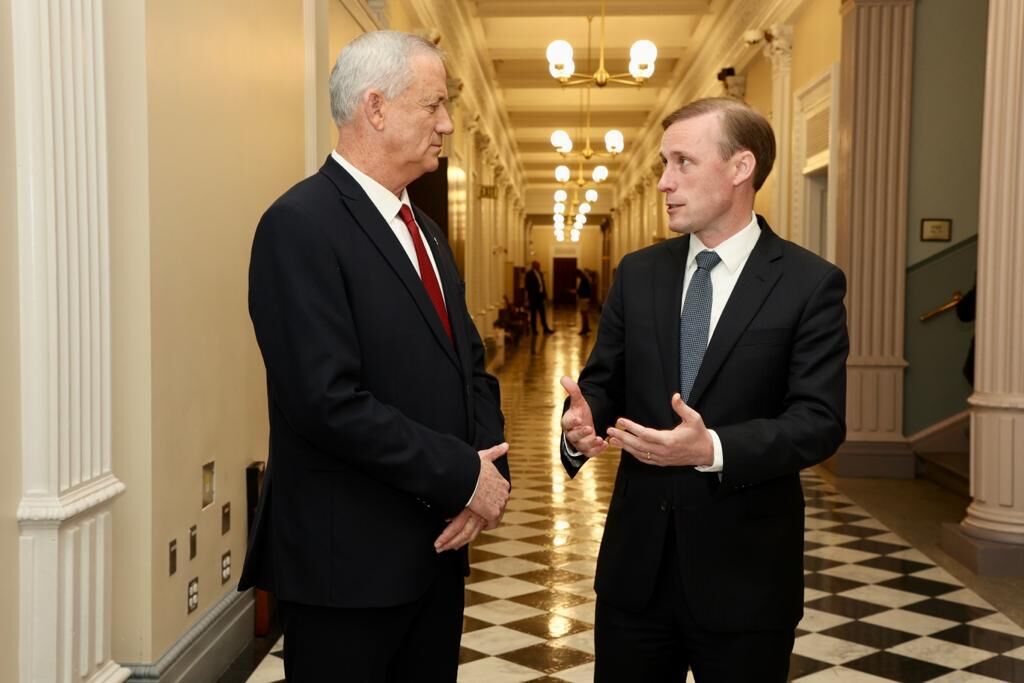 Iran was a central discussion topic, with Gantz sharing assessments of Iran’s nuclear program progress, as well as its regional destabilizing activities.

During the talks, Gantz “emphasized the need to work closely and prepare for any future scenario. This would be conducted within the framework of Israel’s excellent defense cooperation with the U.S. and growing ties with regional partners,” according to the statement.

Gantz also briefed Sullivan on the recent wave of terror that has claimed 20 lives in Israel over the past two months.

“They discussed Israel’s ongoing operational activities in face of incitement and terror. Minister Gantz emphasized that Israel will take the measures necessary to defend its citizens and sovereignty. He added that Israel’s defense establishment is continuing its policy of promoting confidence-building measures vis-a-vis Palestinian civilians that are not involved with terror activity, according to his office.

The meeting was also attended by Israel’s U.S. Ambassador Mike Herzog, and Zohar Palti, director of Policy and the Political-Military Bureau in the Defense Ministry.