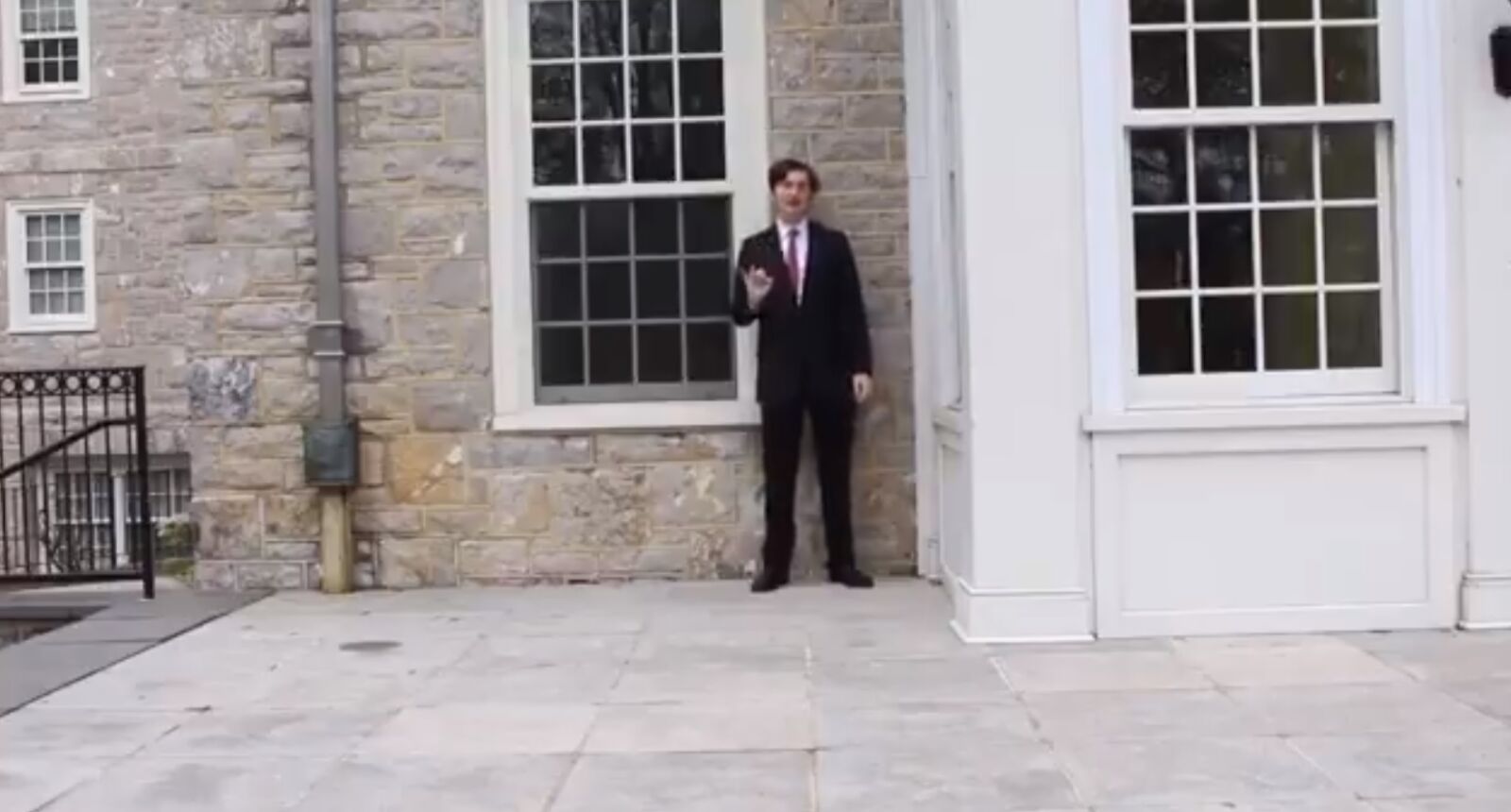 With a cameraman heard laughing in the background, the student said “96 percent of Germans said that it made their lives much more positive … the other 4 percent said it only moderately improved their lives ... it protected the German minorities; you know, they were being oppressed by the Jews out in Poland … it redistributed wealth ... .”

A student from Dickinson College in Carlisle, Pa., is facing an investigation by the school over anti-Semitic comments after he was filmed listing reasons why the Holocaust proved beneficial.

With an unseen cameraman heard laughing in the background, the student, identified as junior Shane Shuma, said “96 percent of Germans said that it made their lives much more positive … the other 4 percent said it only moderately improved their lives … it protected the German minorities; you know, they were being oppressed by the Jews out in Poland … it redistributed wealth, no more income inequality—a big problem … you can’t have racism when your state only has one race.”

The student ended the video by saying, “I think it did a lot of good things.”

The video was believed to be recorded in late January, although the university said it only learned of its existence in the last week. The administration confirmed to JNS that the student does attend Dickinson, a small liberal-arts college home to some 2,350 full-time students from some 40 states and nearly as many countries. According to one report, the cameraman is a high school student.

“This video is not only harmful to our campus community but is an anti-Semitic act. Any act of bias undermines our Dickinson values. As soon as we learned about this video, we took immediate action,” the statement signed by president Margee M. Ensign and other officials. “The college will be thoroughly investigating this matter and taking appropriate action in accordance with our policies and procedures.”

The statement, which was also sent to students, did not name the junior, nor was any information about the video shared. That led a small group of Jewish students to contact the organization StopAntisemitism.org to see if it could provide more information.

Liora Rez, executive director of StopAntisemitism.org, found a copy of the video and has since shared it on social media.

“We want people to see this, and be outraged and shocked. Something like this shouldn’t be sanitized and white-washed. This hatred that our families experienced 70 years ago is happening again, and we need to speak out,” she said.

“The reasons why the Holocaust was a good thing … ”

We are HORRIFIED @DickinsonCol student Shane Shuma filmed himself attempting to justify the mass murder of 6 million Jews.

Rez urged the school to “act swiftly,” and take decisive action against the student. According to Rez, nearly every day brings news of another anti-Semitic incident on a college campus, and she said the “increase we are seeing is tied to lackadaisical response to these college incidents.”

According to the AMCHA Initiative, which works to record and counter anti-Semitism on college and university campuses, more than 350 incidents of anti-Semitic expression, incidents or BDS activity occurred on U.S. college campuses in 2020. This comes despite the fact that many schools were at least partially closed due to the coronavirus pandemic.

Along those lines, Hillel at Dickinson College posted on Facebook: “These statements are meant to intimidate, and often cause anxiety and fear. At a time when anti-Semitic incidents in the United States are at their highest point since 1979, and anti-Semitic assaults and murders are at an all-time high, we cannot afford to take any incident of bias lightly. When people make anti-Semitic jokes, they send the message that they take the concerns of the Jewish community lightly and that they consider Jewish voices as unworthy of attention.”

Caption: A Dickinson College junior explains why the Holocaust was “a good thing.” Source: Screenshot.