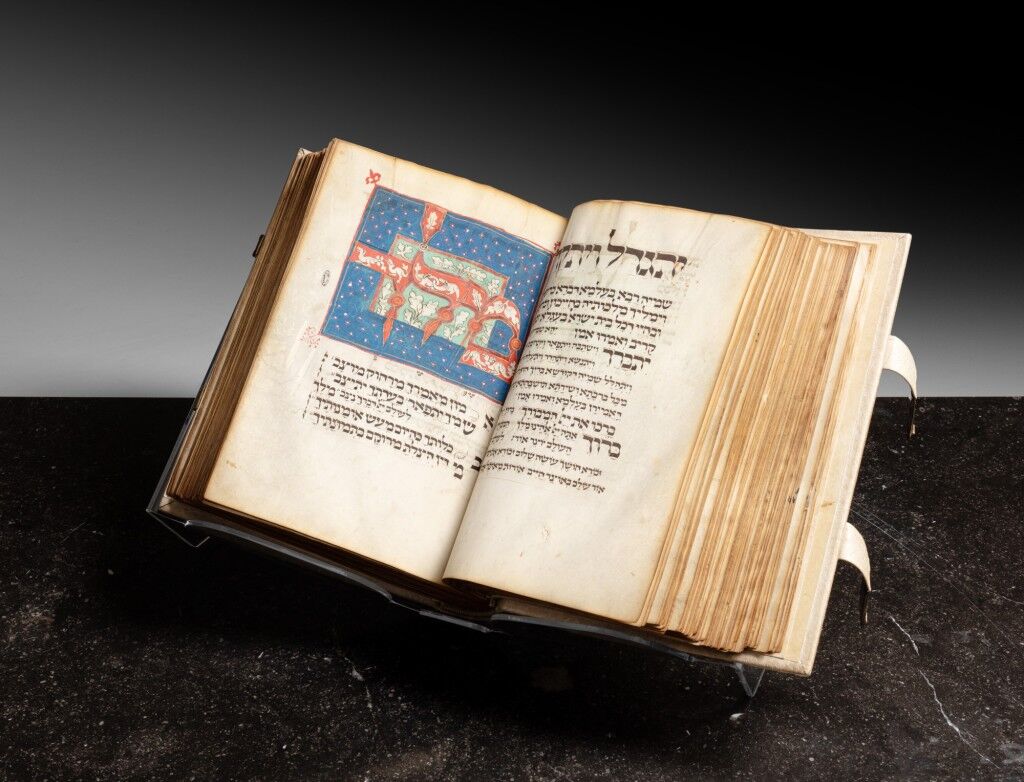 Israel Hayom via JNS
By Yori Yalon and Hanan Greenwood

The “Luzzatto High Holiday Mahzor,” which contains several versions of prayers that have since disappeared from Ashkenazi tradition, was purchased by an anonymous American collector.

A medieval Jewish prayer book sold for $8.3 million at the Sotheby’s auction house on Tuesday, fetching the highest price ever paid for a Hebrew manuscript.

Known as the Luzzatto High Holiday Mahzor, the rare book is named after its former owner, a 19th-century scholar, theologian, poet and book collector by the name of Samuel David Luzzatto. It originated in Germany’s Bavaria region in the late 13th or early 14th century. Over the years, the prayer book traveled to Italy and France.

In 1870, it was purchased by the Alliance Israelite Universelle, a Jewish cultural institution in France. Despite concerns that it would go to private hands, the institute said the move was necessary, citing financial debt.

Written by a scribe by the name of Abraham, the book includes several ancient versions of prayers that have since disappeared from Ashkenazi tradition. Its lavish illustrations and embellishments showcase the community’s wealth.

The winning bid reportedly went to an anonymous American buyer.

Asked by Israel Hayom why Israel’s National Library did not purchase the ancient text, a spokesperson said, “The National Library regularly examines existing sales in Israel and overseas, and weighs each case individually.” The spokesperson noted “the price for acquiring the Mahzor is very high, and would requires the enlistment of the state and donors to assist in such an acquisition.”