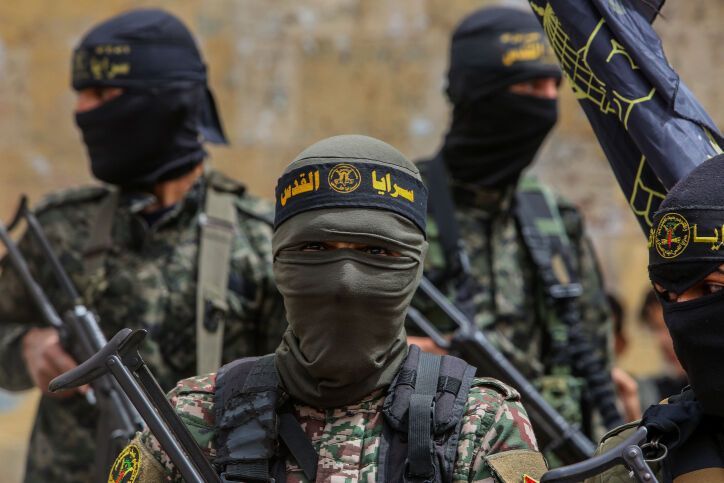 Speaking at a joint press conference with Cypriot Defense Minister Charalambos Petrides, who is in Israel for an official visit, Gantz said that Iran also helps smuggle material into Gaza that is then used to make weapons. This is done via Iran’s Islamic Revolutionary Guard Corps, he said.

During their earlier meeting, Gantz noted that he and Petrides had discussed the recent round of fighting between Israel and PIJ, which ended in a ceasefire on Sunday night.

During the brief conflict, “Over 1,000 rockets were launched by Islamic Jihad from within population centers, toward Israeli kindergartens, schools, communities,” said Gantz. “Their disregard for human life was tragic, as multiple failed rocket launches led to the deaths of innocent Palestinian children in Gaza,” he added.

According to figures released by the IDF, of the approximately 1,100 rockets launched at Israel during the fighting, some 200 fell inside the Gaza Strip.

Meanwhile, Gantz hailed Israel’s “great bond” with Cyprus, which he said was based on shared values and interests, as well as a common vision for a peaceful region. He said that this has translated into defense cooperation as well as joint projects in the field of energy, in particular.

“We also value the trilateral framework [including] Greece,” Gantz said, calling the alliance “an asset to the force build-up of the individual countries, as well as to wider regional security.”

Gantz emphasized that Israel would continue to work with its partners to confront Iranian aggression, “which harms security and stability everywhere from the Israel-Gaza border, to the Mediterranean Sea, to the Gulf and beyond.”

Caption: Supporters of Hamas and Palestinian Islamic Jihad participate in a rally to celebrate the deadly April 7, 2022, terror attack in Tel Aviv, in the southern Gaza Strip, on April 8, 2022.
Photo by Attia Muhammed/Flash90.