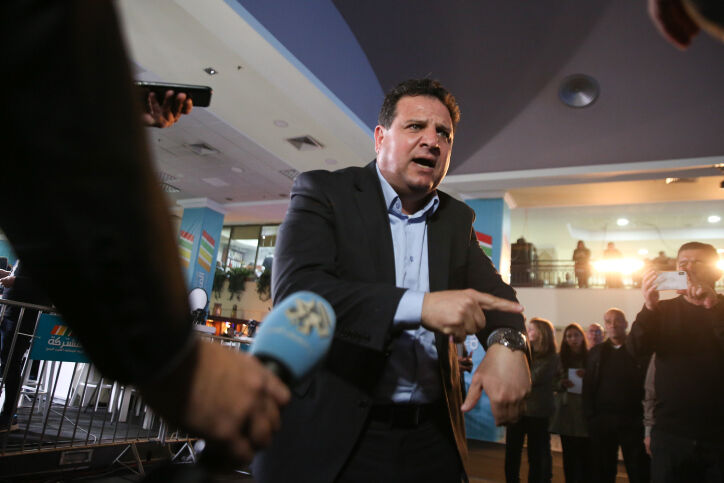 Balad, Ra’am, Ta’al and Hadash launch independent campaigns, but Joint Arab List insiders say that does not necessarily indicate the alliance is crumbling.

Israel’s Arab parties, Balad, Ra’am, Ta’al and Hadash—which together form the Joint Arab List—launched their campaigns this week, ahead of the March 23 Knesset elections.

The faction’s central committee affirmed Hadash leader MK Ayman Odeh as head of the Joint Arab List for the next Knesset run.

Hadash MK Aida Touma-Suleiman said that members of the Jewish-Arab party, “have expressed renewed faith” in its slate, adding, “Our position is clear: to preserve the Joint Arab List as long as its core tenets—anti-right, anti-occupation and pro-social equality for all—are preserved.”

Touma-Suleiman was alluding to the recent controversy in the Joint Arab List, sparked by an apparent rapprochement between Ra’am head MK Mansour Abbas and Prime Minister Benjamin Netanyahu, who is actively courting the Arab-Israeli electorate.

Balad, the most hawkish member of the Joint Arab List, launched an aggressive anti-Netanyahu campaign, pledging it would not allow the faction to “sell out.”

“Netanyahu is the architect of the nation-state law, of racist incitement, occupation and the settlements, and he does not deserve a single vote,” Balad said.

“Netanyahu’s method is to harm and humiliate Arab citizens to win the votes of the right, on the one hand, while trying to bribe the Arab public with empty promises on the other.”

Joint Arab List insiders said that the fact the parties comprising the faction have launched independent campaigns does not necessarily indicate that JAL is facing a split, saying the four did the same ahead of previous general elections, as well.