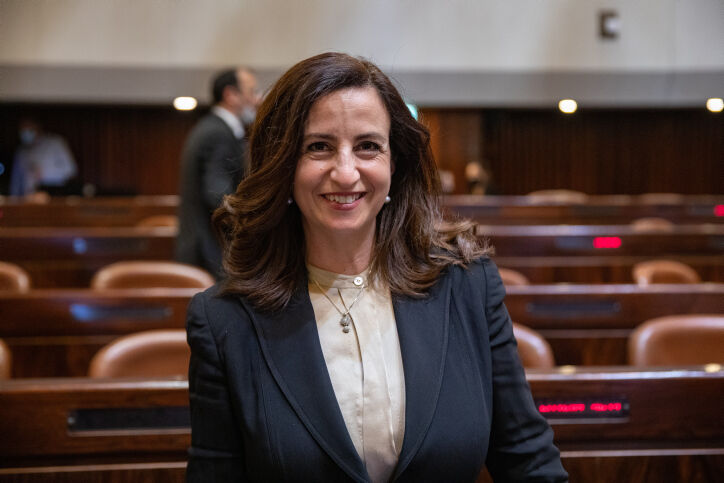 Israeli lawmaker Ghaida Rinawie-Zoabi said on Sunday that her party, Meretz, together with the Arab Ra’am Party, can prevent the government from taking military action, according to Israel’s Kan News.

“It’s in the coalition agreements. The government has agreed that it will only deal with economic and civil matters,” said Rinawi-Zoabi in a radio interview. “Bennett knows that if the government enters into a military confrontation, the coalition will fall, because Meretz and Ra’am will not agree to such a thing,” she added.

Referring to Hezbollah’s rocket barrage on northern Israel on Friday, Rinawi-Zoabi said that if Benjamin Netanyahu had still been prime minister, Israel’s reaction would have been stronger than it was under Prime Minister Naftali Bennett.

“Bennett understands today—and this is my interpretation—that he’s permanently lost the right-wing voters, so he needs to understand that he is closer to the left,” she said.

Likud MK Shlomo Karhi tweeted, “When the Muslim Brotherhood sets the agenda in the Israeli government(!), together with the anti-Zionists in Meretz and Labor, there is no doubt that Zoabi is right … this government is dangerous. Extremist elements have taken over the ship’s helm, while its captains are fast asleep. We have to wake up before it’s too late.”

Caption: Israeli lawmaker Ghaida Rinawie-Zoabi at the Knesset, ahead of the opening parliament session of the new government, on April 5, 2021.
Photo by Olivier Fitousi/Flash90.