Jan 21, 2021 | News | Entertainment | People | International
Dolly at 75: Parton Thanks Jewish Friend for Role in Her Success 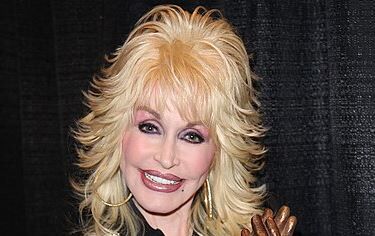 American singer Dolly Parton turned 75 this week and called on her fans to “work for a brighter day” and to “share [their love] with our family, our friends and our neighbors,” The Forward reported.

Parton started out as a country and gospel singer, but her big break came in the 1970s when two Brooklyn-born Jewish men changed her career by helping her move beyond the Grand Ole Opry in Nashville to become mainstream pop star.

Parton says talent agent Sandy Gallin, who became her close friend, helped her to achieve success by crossing over from country music into modern pop and expand her career with TV and movie acting roles, in addition to launching her giant theme park Dollywood in Pigeon Forge, Tennessee, which hosts up to three million visitors a year.

Parton met Gallin in 1976 and the two had a successful business relationship that included the award-winning film and television production company, Sandollar Productions.

Her big break out of country music came in 1977 with the song “Here You Come Again,” written by the Jewish husband-and-wife songwriting duo Barry Mann and Cynthia Weil, the Forward noted, with another Jewish New Yorker, Gary Klein, as producer. The song became her first Top 10 hit and the album was her first to sell millions, earning Parton her first Grammy Award for best female country vocal.

Parton’s hits kept coming with the team of Gallin and Klein, and Parton honored her friendship with Gallin by writing “Sandy’s Song,” sung to the tune of “Greensleeves.”

“We were so close and our relationship was so loving. We were from two completely different worlds, but we just clicked, somehow. He was just one of those friends that you find who you just know are going to be your friend forever,” Parton said of Gallin, who passed away in 2017.

“Nobody could quite get how the Christian Southern girl and the New York Jewish boy could have so much in common. But it was real,” Parton said.

“Sandy, you may be in heaven now, but you will never be gone from me. In the words of my own song, I will always love you,” Parton wrote on her website.