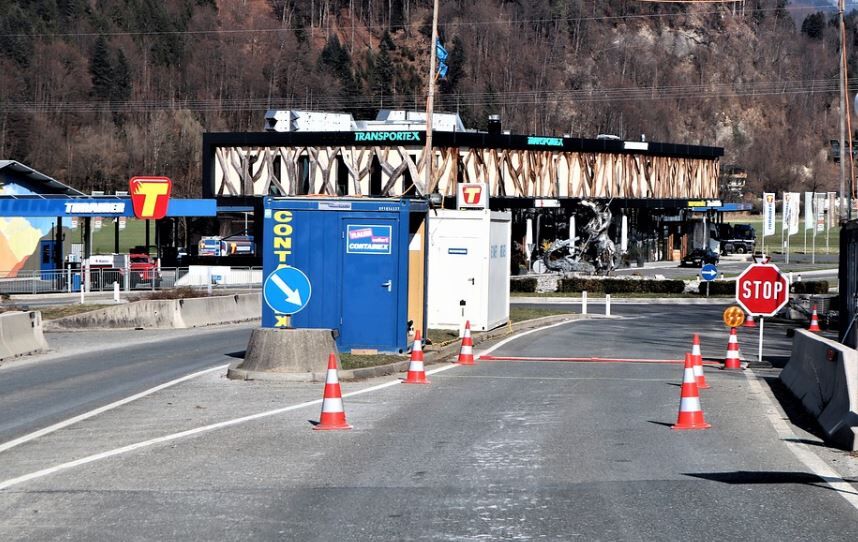 The head of the State Border Guard Service of Ukraine Wednesday told Jewish pilgrims stuck on the Belarus-Ukraine border that the border is closed and they are not allowed in to Ukraine to make their annual pilgrimage.

“You knew about such decisions three weeks ago. I understand your traditions and customs, I understand how important it is for you to be in Uman, but this year it is not possible,” border guard head Sergei Deyneko told a crowd of ultra-Orthodox Jews who belong to the Breslov hasidic sect trying to reach the grave of the movement’s founder in the Ukrainian city of Uman.

“The Government of Ukraine has decided to restrict the entry of foreigners based on the situation in Ukraine. In order to prevent the spread of coronavirus through the territory of Ukraine, the entry of foreigners is currently prohibited,” Deyneko said in a video released by the border police showing troops deployed to prevent anyone from trying to breach the border.

The video showed crowds of ultra-Orthodox men in traditional black garb holding posters in Ukrainian, Hebrew and English, one of them saying “No more abuse – Breslov Hasidim, all we want is to go to Rabi Nachman.” Most of the pilgrims were crowded close together and not wearing facemasks to prevent against the spread of coronavirus.

Normally, 30,000 or more pilgrims flock each year for two days of prayers marking the Rosh Hashana Jewish New Year near the grave of Rabbi Nachman of Breslov. They had flown to neighboring Belarus in hopes of getting across the border, despite Ukraine having announced last month that the annual pilgrimage could not take place due to the coronavirus pandemic and high infection rates in Ukraine.

“I emphasize the attention of foreigners not to try to violate the legislation of Ukraine,” Deyneko said at the Dolsk border checkpoint. A large contingent of Ukrainian border police backed up by units of the National Police and the National Guard are also deployed to prevent the pilgrims from trying to cross the border illegally.

Deyneko said one Israeli had been arrested and returned to the Belarus side of the border with a 5-year ban on re-entering Ukraine.

In the police video he is shown talking to what appears to be representatives of the pilgrims, telling them that they “consciously understood the existence of restrictions” before they came to the border area.

Police said about 1,000 foreigners are in the Chernihiv region opposite the Novi Yarylovychi checkpoint and “the situation at the border remains under control.”

The Red Cross has set up a camp and is providing relief supplies, Columnist Yisrael Medad tweeted.

What the Ramallah lynchings taught us about Palestinian incitement