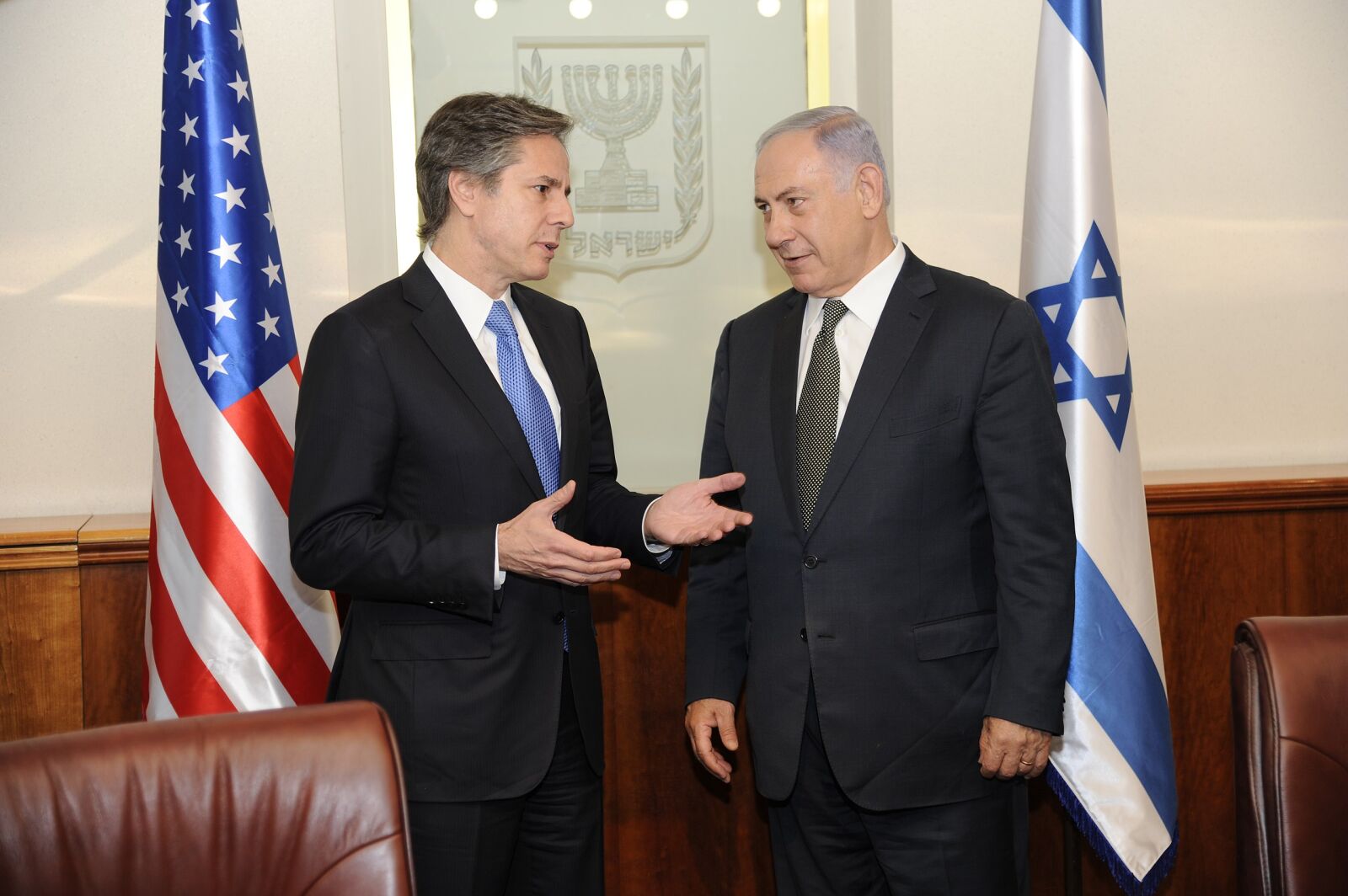 Will Biden’s pick for secretary of state learn from past errors—or repeat them?

According to Dr. Albert Ellis, one of the world’s top psychologists, “The best predictor of future behavior is past behavior.”

Thus a look at the track record of incoming U.S. Secretary of State Antony Blinken, who will be the most influential foreign and national security policy-maker in President-elect Joe Biden’s administration.

Blinken’s close ties with Biden, dating back to Biden’s chairmanship of the Senate Foreign Relations Committee, make him, potentially, as influential as were Henry Kissinger and Jim Baker during the presidency of Richard Nixon and George H.W. Bush respectively.

Blinken opposes Israel’s annexation of—and expanded Jewish presence in—any part of Judea and Samaria, as well as in Jerusalem beyond the 1949 armistice lines. He considers dramatic Israeli land concessions to be a prerequisite for peace and supports the establishment of a Palestinian state in Gaza and the pre-1967 Jordan-occupied-Judea and Samaria and Jerusalem. However, according to Blinken, “U.S. aid to Israel is beyond debate and should never be used as leverage to influence Israel’s policies toward Palestinians…. It’s in the U.S. interest that Israel has the means to secure itself…. Israel’s security is challenged on a daily basis. Israel faces existential threats every single day.”

Blinken aims to restore annual financial aid to the Palestinian Authority (which was suspended due to the P.A.’s financial support of families of terrorists and the systematic heralding of terrorists), as well as the annual financial transfer to the United Nations Relief and Works Agency for Palestine Refugees in the Near East (which was suspended due to its funding of the P.A.’s hate education). Also, he will reopen the PLO office in Washington, D.C.

Blinken believes that the introduction of human rights and democracy to the Arab World will constitute a most effective foundation of peaceful coexistence. In 2011, as the National Security Advisor to Vice President Biden, along with Ben Rhodes, the Deputy National Security Advisor to President Obama, he urged a U.S./NATO military offensive against Muammar Qaddafi in order to stop the Libyan dictator’s “human rights violations and slaughter of his own people.”

The war on the human rights violator Qaddafi caused the devolution of Libya into a major platform of human rights violating Islamic terrorists, which is still haunting Egypt, Syria, Iraq, Yemen, Europe and Africa. The war on Qaddafi—and his eventual lynching by Islamic terrorists—ignored his transformation (since 2003!) from a ruthless supporter of terrorism into a ruthless warrior against Islamic terrorism in north, central and western Africa, who provided the United States with invaluable intelligence on global terrorism and transferred his nuclear infrastructure to the United States.

Sadly, contrary to the well-intentioned Blinken worldview, in the real Middle East, the choice is between pro-Western or anti-Western non-democratic anti-human rights regimes.

The Libya policy was reflective of the worldview of key foreign policy and national security players—including Blinken—who formulated the U.S. Middle East policy during the 2010/2011 volcanic eruption of violence, including terrorism, from Morocco in northwest Africa through Egypt and the Arabian Peninsula to Bahrain in the Persian Gulf. Blinken assessed the brutal confrontations on the Arab street—which have been an intrinsic feature of the Arab world since the 7th century—through the prism of human rights. He overlooked the complexity of these confrontations (among non-democratic, violent elements) and underestimated the dominant role of Islamic terrorism and inherent intra-Arab domestic and regional brutal power struggles. Along with most of the Western foreign policy establishment, Blinken referred to this wave of violence, which still haunts the Arab Street, as the “Arab Spring,” “youth revolution” and “march for democracy,” while in fact, it has been a tectonic “Arab Tsunami” all along.

A reassessment of U.S. policy toward Saudi Arabia, and putting on notice Saudi Crown Prince Mohammed bin Salman (whom he considers to be “impulsive and reckless”), are expected due to Blinken’s focus on human rights. He can also be expected to underestimate the impact on the intensified anti-Western Shi’ite and Muslim Brotherhood Sunni terrorism, which aim to topple all pro-U.S. and relatively moderate Arab regimes, establish a pan-Islamic state and proliferate Islamic terrorism globally. Blinken may precondition the sale of advanced weaponry to Saudi Arabia upon improved human rights conditions (which would increase Chinese, Russian and European military sales to Saudi Arabia and the Gulf). In addition, Blinken opposes the Saudi involvement in the civil war in Yemen, which has become a most active Iranian beachhead against Saudi Arabia, aiming to topple the Saudi regime. He also objects to the aggressive Saudi policy toward Qatar, which is a strategic ally of Iran’s ayatollahs and Turkey’s Erdoğan and a chief financier of Muslim Brotherhood terrorist—three major threats to the House of Saud.

In 2009, Blinken supported the human rights-centered U.S, policy toward Egypt, courting the Muslim Brotherhood opposition, which led to its 2012-2013 rise to power, while toppling the pro-U.S. President Hosni Mubarak (similar to President Carter’s policy, which betrayed the shah of Iran, providing a tailwind to the rise of Iran’s ayatollahs). Blinken’s pledge to renew U.S. emphasis on human rights violations in Egypt was expressed via tweets on Nov. 19 and Nov. 20 protesting the arrest of three Egyptian human rights activists. However, Middle East reality suggests that, notwithstanding his honorable intentions, Blinken’s only choice is between a pro-U.S. and anti-U.S. non-democratic Egypt.

Driven by his globalist, multilateralist, joint leadership worldview (contrary to unilateral U.S. national security action), Blinken was closely involved in the formulation of the game-changing 2015 nuclear accord with Tehran. Therefore, Blinken will reenter the accord, seeking a stronger and longer-lasting agreement, playing down Iranian human rights violations, lifting as many sanctions as possible, which will give a robust tailwind to Iran’s economy (as documented by the 2015 precedent), bolstering Iran’s efforts to topple all pro-Western Arab regimes and expand its terror network in the Middle East, Central Asia, Africa, South and Central America.

Will Antony Blinken learn from past errors—or repeat them?

Will he adjust his policy recommendations to Middle East reality, or is he determined to export “cancel culture” to the Middle East, with the well-intentioned aim to introduce human rights, democracy and peaceful-coexistence into the ruthlessly entrenched Middle East culture?

Yoram Ettinger is a former ambassador and head of Second Thought: A U.S.-Israel Initiative.

This article was first published by The Ettinger Report.