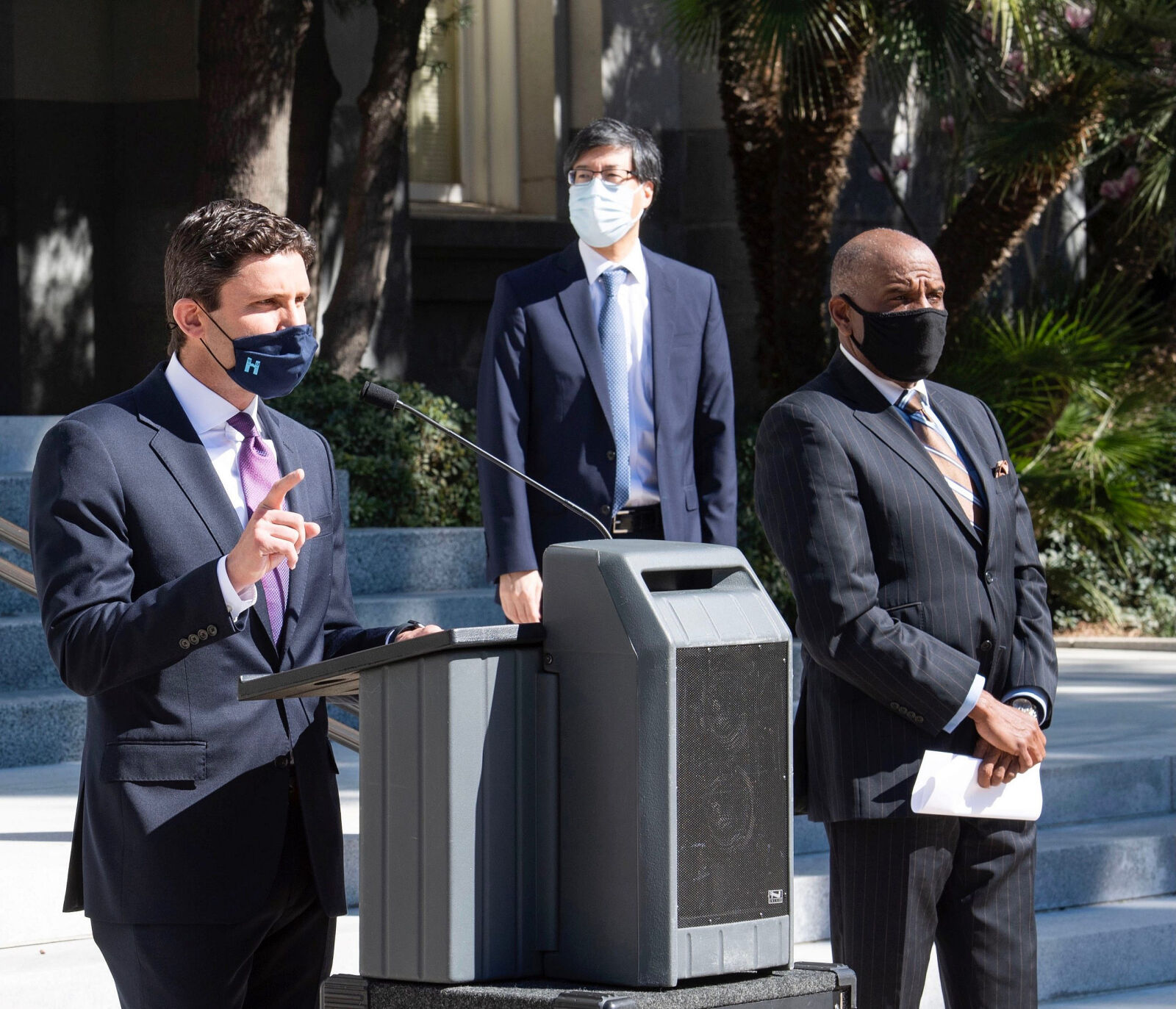 It advocated for three bills and one policy proposal that address hate crimes in California.

Members of the California Legislative Jewish Caucus joined a coalition of state lawmakers on the Capitol steps in Sacramento on Monday in support of legislation aimed at combating hate crimes and hate-motivated violence against minority groups.

The Jewish Caucus advocated for three bills and one policy proposal that address hate crimes in California, according to The Jewish News of Northern California.

Gabriel told lawmakers that he is also pushing for California Gov. Gavin Newsom to include in the upcoming 2021-22 state budget proposal $50 million to be put towards the state’s Nonprofit Security Grant Program, which helps improve safety at nonprofit organizations that are at high risk of a terrorist attack.

AB 1440, first introduced earlier this month by Jewish Caucus member Rebecca Bauer-Kahan, would give district attorneys permission to charge domestic-terrorist threats as either a misdemeanor or a felony, and push for higher bail and longer pretrial detention.

American cpa for a leading accounting firm in Jerusalem