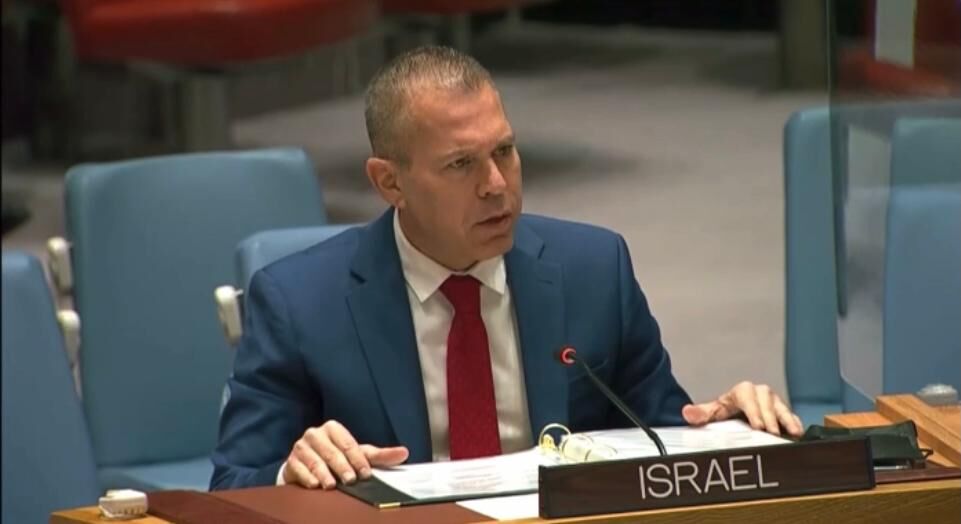 A United Nations office’s description of a recent terror victim as a “settler” raises difficult questions regarding the international body’s motives, says Israeli Ambassador to the U.N. Gilad Erdan.

Israeli Ambassador to the United Nations Gilad Erdan sent a sharply worded missive to U.N. Secretary-General António Guterres on Monday, after it was revealed that the world body’s Office for the Coordination of Humanitarian Affairs had designated Eliyahu David Kay, who was murdered in a terrorist attack in Jerusalem’s Old City, a “settler” and that the office differentiated between a citizen’s murder and that of “settler citizens.”

Kay, a 26-year-old immigrant to Israel from South Africa, was killed and four people were wounded in a combined shooting-stabbing terrorist attack at the Chain Gate near the Temple Mount in the Old City of Jerusalem on Nov. 21.

“Unfortunately, there is no low the U.N. hasn’t sunk to, and that is why I contacted the secretary-general and demanded this be corrected immediately,” Erdan said. “I asked for him to personally deal harshly with those who made this immoral and illegal distinction.”

In his letter to Guterres, Erdan wrote: “Differentiating between different kinds of blood is contemptible and in complete opposition to international law and every human norm. Does the U.N. view the murder of some Israeli citizens as a justified act? There is no distinction in international law between different kinds of citizens, not even according to their address or ideological beliefs. The lives of all our citizens are equally important.”

Erdan also commented on the U.N. office’s designation of Kay as a resident of Judea and Samaria, when he had, in fact, lived in Modi’in.

“The ‘error’ puts in doubt the veracity of all the U.N. office’s information and raises difficult questions regarding the U.N.’s motives. The site not only errs in its understanding of international law but also distorts facts,” he said.

He concluded: “The Israeli government cannot accept the cheapening or disrespect for our citizens’ lives. The lives of all of Israel’s citizens are equally important, and we expect the U.N. to treat all human lives the same. I demand action be taken to immediately correct this grave injustice.”